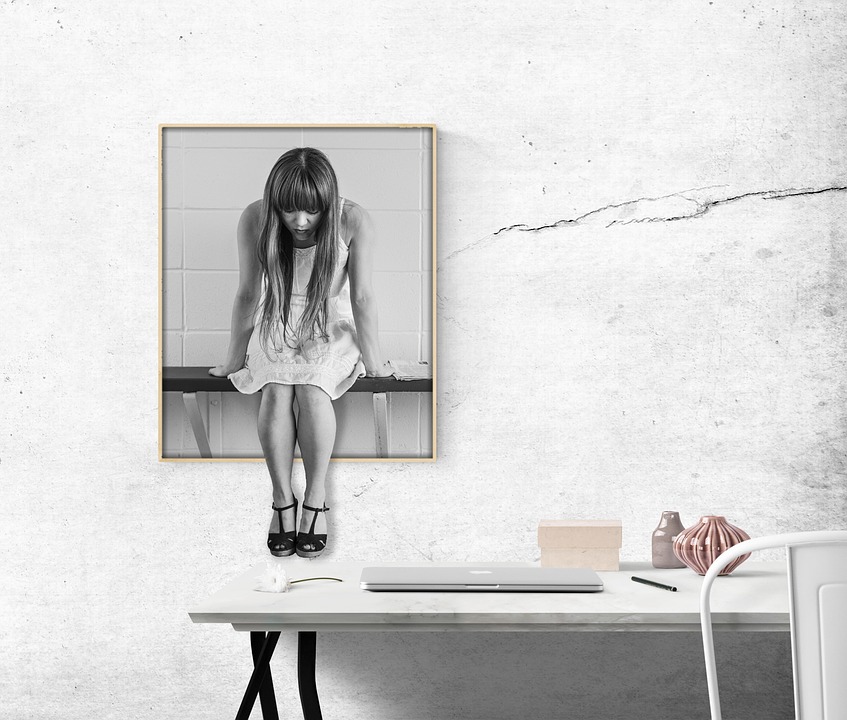 In my travels as the Creator & Facilitator of Powerful Play Experiences, I’ve had the wonderful opportunity to meet so many amazing people who passionately champion some “thing” very close and dear to their heart.

And now, here today, I want YOU to have the same opportunity to meet someone so amazing and so passionate about championing that “thing” very close and dear to her heart.

Meet a colleague of mine who always keeps me on my toes and always thinking, Ruthann Weeks, Business Owner, Harmony Training & Development. Oh! But much more than just a Business Owner, Ruthann exemplifies what IS a passionate champion and a passionate professional too! I’m confident that you will not only enjoy reading her article but you will walk away with new insights and new knowledge, an intention that Ruthann always puts out there in all her daily engagements with people…and me as well!

Linda has been with Stan for 19 years. Theirs started out like many other college romances. They were so in love they barely made time for their studies and were consumed by their relationship. Stan wanted Linda all to himself. He could not get enough of her and every moment not taken up by classes or work, they were together. Linda thought it romantic. They graduated and got married right away. Linda, a teacher, got a job at a local elementary school and Stan’s degree in finance landed him a job with a nearby bank. Stan was a very attentive husband, and Linda’s friends were jealous of the ways he “doted” on Linda by checking in on her during the day and texting her between her classes. Stan was very particular about how he liked Linda to look and often took her shopping and bought her outfits. He even had his mother teach her how to prepare his favorites meals. Linda was in love with Stan and wanted him to be happy. She did her best to please him.

Over the years, as their family grew and Linda’s time between working her full-time job and rearing their children didn’t enable Stan the care and attention he craved, Stan became sullen and sulky. He blamed Linda for not caring for him in the same way. Linda barely had anything for herself. She’d lost touch with most of her friends. She didn’t even talk on the phone to her sister any more because Stan seemed so resentful of their lengthy “girl-talk.”

It happened that Thanksgiving. Linda had been busy in the kitchen preparing their feast, their teenaged children were out with friends and Stan was watching football and drinking beer. When the phone rang Stan hollered at Linda to answer it. She didn’t hear him, because she’d run down to the basement to get a jar of preserves. Grumbling Stan answered the phone and when he did the caller hung up. Stan became enraged and accused Linda of having an affair. Linda vehemently denied it, but Stan refused to believe her and became violent with rage. He punched Linda in the face that afternoon, kicked her in the ribs and continued to berate and abuse her for hours. Behind closed doors, right there in the middle of suburbia.

Linda was in shock, but she was not surprised. Not really. She wasn’t sure how she gotten there, but she’d been tip-toeing around Stan for years trying to keep him placated and reassured of her devotion. He’d accused her of affairs before if she didn’t respond to his text fast enough or answer her phone when he called her on her drive home after school. She had tried something different with her hair once and Stan had accused her of trying to attract new men into her life. He’d insisted that she change it back to the way he liked it as proof of her devotion to him and to their marriage.

Linda showed up to school that next week with a black eye and cracked ribs. She’d done her best to cover up her bruised eye with make-up, but it was still visible. When her students or co-workers asked about her injuries she blamed it on her clumsiness on the basement stairs as she carried a laundry basket. She was quite sure that she was “safe” and that everyone believed her story.

Stan was more physical from that point on. He would often grab Linda’s arm and leave bruises. She wore a lot of sweaters, even when the weather was hot. Stan started to strangle Linda until she blacked out. She was starting to have difficulty swallowing. Scarves did a good job of covering the marks Stan left on her throat. Linda felt fortunate that he rarely laid hands on her when their children were around. She didn’t know that they lay in their beds at night and heard his attacks and the terrible names he called her. They’d noticed the bruising. They were afraid of Stan and just didn’t know what to say to their Mom. They coped by being out of the house as much as possible.

The bank where Stan worked supplied their staff with company cell phones and laptops. Stan often used these to send harassing texts and emails to Linda. It was his corporate cell phone that he used to call Linda when he knew she should be on her way home from work. One such afternoon when he called Linda from his office and was threatening her he was overheard by a co-worker, Susan who was in the next office. He was telling Linda how she’d better not think she was going out with her teacher friends for their staff function that weekend and that she’d be sorry if she ever tried to cross him. It wasn’t the first time Susan had heard Stan speak rudely to his wife, but it was the first time since they’d had their company-wide domestic violence training and policy implementation. Susan knew that she was obligated to tell their supervisor that she had overheard Stan threatening Linda on the phone, and that he was using company time and resources to harass his wife. The company would be obligated to investigate and devise a plan to control or eliminate the hazard that Stan represented, should he be found guilty as a perpetrator of domestic violence.

Linda had had enough and was determined to end this cycle of abuse she was trapped in. She’d tried to leave Stan a couple of times before, but he’d always won her over with apologies and promises to never let it happen again and by declaring his love and devotion to Linda and their children. He’d made her feel guilty for breaking up their family. Linda had gone that morning to obtain an Emergency Protection Order (EPO) against Stan. She had a bag of essentials in the trunk of her car, and some money set aside in a personal account.

In keeping with their newly implemented domestic violence policy, Linda had confided her plans to her boss and shared that there was an EPO in place against Stan. The school where Linda worked initiated their domestic violence safety procedure that ensured confidentiality as much as possible, while engaging safety planning for Linda and everyone else at the school. As the school office was the first point of contact for all visitors entering the school, staff there was given a picture of Stan and given minimal information about the EPO. If Stan were to show up unexpectedly, the police would be called immediately. The procedure also stated that Linda would be accompanied to her car at the end of every work day to make sure she wasn’t alone in the parking lot where Stan might try to corner her.

Linda wasn’t sure what to expect from Stan once he found out she’d left him, but the recent workplace training they’d had on domestic violence left her feeling empowered and knowledgeable enough to know that violence often escalates when the relationship ends and not to trivialize the potential for Stan to become enraged when he couldn’t “win her back” this time. She’d replaced her phone, so Stan couldn’t reach her that way and had plans to stay short-term with a teacher friend that Stan did not know.

Stan and Linda’s story is not unique. You can substitute Linda’s job as a teacher to any employee working at a restaurant, hotel, office complex or construction site. Stan as the perpetrator could be a delivery driver, an equipment operator, a CEO, an assembly line worker, or a police officer. Domestic violence costs workplaces millions every year in lost productivity, absenteeism, and benefit costs. Often co-workers are left to pick up the slack when someone is not able to get their work done because they are absent due to domestic abuse or otherwise distracted by the abuse that is occurring.

Alberta has joined the Canadian provinces now legally obligated to provide protection of workers related to domestic violence through OH&S policy updates. There is now a requirement to train all levels of employees what domestic violence entails, conduct hazard assessments and to create workplace policy and procedure to address potential concerns.

In 2016 I founded Harmony Training & Development, a social enterprise, to help address the rampant social problem in our society that is domestic violence, also known as family violence, intimate partner violence or woman abuse. I’ve made it my life’s work to educate and offer policy development to address the workplace issues of violence and harassment. A portion of all revenues goes to support domestic violence prevention initiatives that help create safe spaces for those seeking shelter from abusive and oppressive environments.

Our homes are supposed to be our safe places. Spaces where we are accepted and loved unconditionally. Although when home is dominated by an abuser and we are constantly “walking on eggshells”, trying to avoid the next inevitable explosive incident, there is no safety there and sometimes it’s our workplace where we can get a reprieve from the constant domination of our mates. That is, until the abuse shows up at work.

There are many business owners, supervisors, HR personnel and workers that are not trained in the complex issue of domestic violence. They have no prevention plans in place and have no idea how to properly approach someone they think may be perpetrating violence or experiencing abuse. Ignorance is not an excuse when there is potential liability for not protecting your work force.

The importance of maintaining a solid culture, with an inspiring, abuse-free work environment is at the forefront of public awareness, thanks to the efforts of forward-thinking crusaders like Harmony Training & Development’s founder, Ruthann Weeks.

Working as a Certified Information and Referral Specialist in the human service sector, Ruthann went on to graduate as a Human Resource Manager and obtained her CMHA certification as a Psychological Health and Safety Advisor.

Acting upon her vision to see organizations embrace systems that support well-being and mental health, Ruthann created her social enterprise to define workplace violence and harassment and to create safety by providing practical education and risk mitigating strategies. Building corporate social responsibility into her business model, a portion of all revenues are donated to domestic violence prevention initiatives.

PrevPreviousJUST BE YOU. THE CREATIVE YOU!!
NextThis Is What You Can Expect From Powerful Play ExperiencesNext